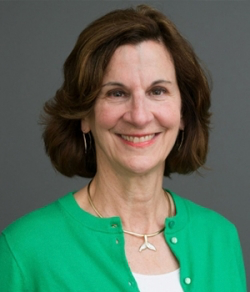 Marion was the first woman appointed to a tenure-track position in Dartmouth's economics department, and, later, the first woman to earn tenure in the department. She was department chair in the late 1990s and served on the Committee Advisory to the President and as associate dean of faculty for the Social Sciences.

Over the years, she taught international finance and open-economy macroeconomics and advanced seminars on international economic issues. A patient mentor and beloved teacher, she is known for her clear lectures, use of real-world examples, and data-driven research assignments.

She enjoyed sharing her research with students—including her work on countries' exchange-rate regime choices and on currency, banking, and sovereign debt crises—and in turn, their questions helped shape her research, says Marion, who is "filled with gratitude for the opportunity to have worked with such smart, motivated undergraduates."

She and her husband look forward to retirement, living close to the campus they love and remaining active in the community, she says. "Travel and spending time with our children and grandchildren are also high on our list."